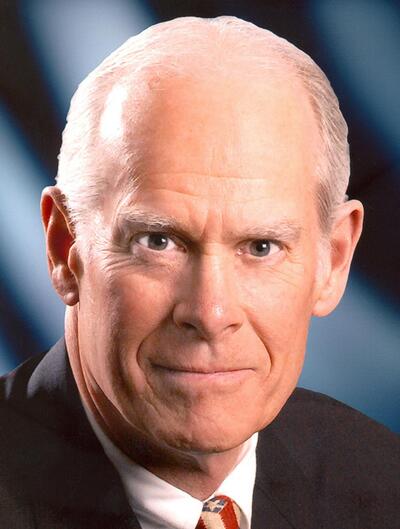 The Honorable John Edward Porter, emeritus member of the FNIH Board of Directors from March 2001 to May 2017, and its Vice Chairman for much of his tenure, died on June 3, 2022, at the age of 87.  We mourn the loss of his great spirit and his deep commitment to improving public health through biomedical research and discovery.

Congressman John Porter “developed into one of our Nation’s most distinguished most skillful translators of biomedical science in the public parlance. He set the stage for [an] unprecedented doubling of the NIH budget between 1998 and 2003,” said former NIH Director Dr. Francis S. Collins at the dedication of the John Edward Porter Neuroscience Research Center on the NIH campus in Bethesda, Maryland in 2014.

Fresh off those efforts, John joined our Board in the Foundation’s very early days, helping to create strong connections with Congress and providing strategic policy direction to the FNIH.

“For over 16 years, John’s advocacy and leadership transformed the Foundation into a critical partner to the National Institutes of Health and leader in biomedical collaborations. He will be sorely missed,” said Julie Gerberding, M.D., M.P.H., Chief Executive Officer of the FNIH.