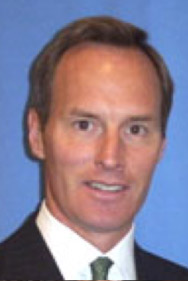 Mr. Donovan has worked in investment banking, investment management and corporate strategy for nearly three decades. He is Managing Partner at Goldman Sachs, a firm he joined in 1993 and has served in a variety of positions. Mr. Donovan is also an Adjunct Professor at the University of Virginia School of Law. Mr. Donovan serves on the Board of Trustees of the Dana-Farber Cancer Institute, is a member of The Lank Center for Genitourinary Oncology and established the Jim Donovan Fund for Prostate Cancer Research at Dana-Farber in 2008, in honor of a friend who died of cancer. Mr. Donovan earned his B.S. degree in chemical engineering from the Massachusetts Institute of Technology and an MBA from the MIT Sloan School in 1989. He earned his J.D. from Harvard Law School in 1993. Mr. Donovan lives with two daughters, two sons and his mother in Virginia. An avid runner, he participates in road races to raise money for cancer prevention and treatment.