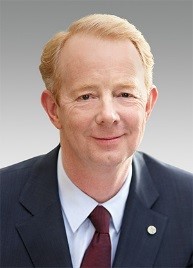 Marijn Dekkers is currently the founder and chairman of Novalis LifeSciences LLC, an investment and advisory firm for the life science industry. He is also the former Chairman of Unilever.

From 2010-2016, Dr. Dekkers served as Bayer AG’s CEO. He was the first Bayer CEO to be appointed from outside the company. During his tenure, Bayer acquired the consumer care business of Merck & Co., Inc., floated the material science subgroup on the stock market under the name “Covestro,” and systematically focused on the life sciences businesses. Under Dr. Dekkers’ leadership, Bayer’s previous structure - comprising a strategic management holding company and operational subgroups - was replaced by an integrated organization under the umbrella of the Bayer brand. While there he served for two years as President of the German Chemical Industry Association (VCI), Frankfurt.

From 2002-2009, Dr. Dekkers served as CEO of Thermo Fisher Scientific (he was COO from 2000-2002). As CEO of Thermo, he initiated extensive restructuring measures, divesting various organizational units and strengthening the company’s core business by means of targeted acquisitions, including the purchase in 2006 of the significantly larger laboratory consumables supplier Fisher Scientific. This created a global life sciences company which now employs 55,000 people and generates annual sales of $18 billion.

Dr. Dekkers began his career in 1985 as a research scientist at General Electric, gaining experience in various units of the company before joining Honeywell International in 1995.

Dr. Dekkers received his Ph.D. and M.S. in Chemical Engineering from the University of Eindhoven and his B.S. in chemistry from the Radboud University, both in The Netherlands. He holds dual U.S. and Dutch citizenships.