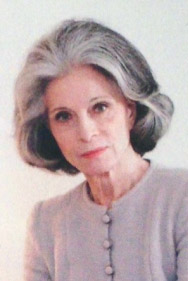 Deeda Blair is a long standing effective advocate for bio medical research. Mrs. Blair is Director Emeritis of the Albert and Mary Lasker Foundation. She worked closely with Mrs. Lasker on the Citizens Committee for the Conquest of Cancer. Together they initiated one of the most successful public health outreach campaigns. The National Campaign Against High Blood Pressure which sought to educate the public concerning the need for blood pressure screening – involving a collaboration of federal Health Agencies, pharmaceutical companies and the Advertising Council. Mrs. Blair has had a long time interest in cancer research and served for more than 12 years on the Board of the American Cancer Society on the Research Committee, and in the 1970’s served on the Breast Cancer Task Force of the National Cancer Institute and served on the Board of Trustees of the Scripps Research Institute.

Since 1982, Mrs. Blair has had a deep involvement in the Harvard School of Public Health, with a focus on Basic AIDS research. She is Co-Chairman of the Harvard AIDS Initiative International Advisory Council and also serves as an Advisor to the Department of Immunology and Infectious Disease. Through her time living in Asia and Europe as the wife of Ambassador William McCormick Blair, Jr., Mrs. Blair developed an abiding interest in global approach to prevention of infectious diseases and the development of vaccines. She worked as a longtime advisor to Sandoz/Novartis in developing academic collaborations and biotech alliances. She was a consultant to Health Care Ventures for a number of biotech companies.