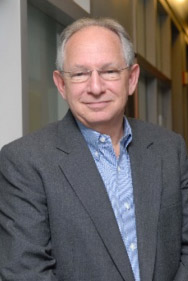 Dr. Paul is currently the Chief Executive Officer and Chairman of the Board for Karuna Pharmaceuticals and the Venture Partner at Third Rock Ventures. He was formerly the Chief Executive Officer of Voyager Therapeutics and the Founding Director of the Helen and Robert Appel Alzheimer’s Disease Research Institute and the Burton P. and Judith B. Resnick Distinguished Professor in Neurodegenerative Diseases as well as a DeWitt Senior Scholar and Professor of Neuroscience (Brain and Mind Research Institute), Psychiatry and Pharmacology at Weill Cornell Medical College. Dr. Paul was also formerly the Executive Vice President of Science and Technology and President of the Lilly Research Laboratories (LRL) of Eli Lilly and Company, overseeing the development of several of Lilly’s largest products including Zyprexa® and Cymbalta®. Prior to assuming his position at Lilly and Weill Cornell Medical College, Dr. Paul served as Scientific Director of the National Institute of Mental Health (NIMH/NIH) in Bethesda, Maryland.

Dr. Paul is a member of various professional and honorary societies, including Phi Eta Sigma; Alpha Epsilon Delta; Sigma Xi; Phi Beta Kappa; and the Alpha Omega Alpha Honorary Medical Society. He is the recipient of many honors and scientific recognitions, including: The Distinguished Service Medal of the USPHS and the Chief Scientific Officer of the Year Award.  In 1997, Dr. Paul was elected to membership in the National Academy of Medicine of the National Academy of Sciences and in 2004 Dr. Paul was elected a Fellow of the American Association for the Advancement of Science (AAAS).

Dr. Paul has authored or co-authored over 500 papers and invited book chapters and was listed as one of the most highly cited scientists in the world (top 50 in Neuroscience) (1980-2000) by the Institute for Scientific Information (I.S.I.), Philadelphia, Pennsylvania. He holds 9 patents on inventions made both at NIH and Lilly. His current work has focused on the role of apoE in the pathogenesis of Alzheimer’s disease. He is also an co-inventor of solanezumab, a humanized anti-Aβ monoclonal antibody currently in late-stage clinical testing by Lilly as a potential disease-modifying treatment for Alzheimer’s disease. Dr. Paul is on the boards of several publicly traded and private biopharmaceutical companies including Alnylam Pharmaceuticals, SAGE Therapeutics and the Sigma Aldrich Company and is also a founder of Sage Therapeutics, Voyager Therapeutics, and Tal Medical, dedicated to discovering and developing novel therapeutics for neurological and psychiatric disorders.