April 22, 2019 - The Board and staff of the FNIH mourn the passing of our beloved friend Andrew Lee, who died on April 21, 2019 at the age of 23. In 2018, the FNIH bestowed the Charles A. Sanders, M.D., Partnership Award to Andrew for his unwavering commitment to advancing biomedical research for rare kidney cancers.

Andrew was an inspiration to us and to thousands of people across the country. His story is one of courage, generosity and resilience. His legacy is that, someday soon, we will win the fight against kidney cancer. As we remember Andrew, we celebrate his remarkable and impactful life, which will undoubtably improve the life of others suffering from this terrible disease.

Shortly after being diagnosed with a rare kidney cancer called Hereditary Leiomyomatosis and Renal Cell Cancer (HLRCC), Andrew founded a powerful movement that highlighted the need for more funding for kidney cancer research in children and young adults. Through his not-for-profit Driven to Cure, Inc., Andrew traveled the country in his orange Nissan GTR, educating car-enthusiasts and anyone he encountered about his disease and, in doing so, raised more than $400,000, which he donated to the FNIH to fund kidney cancer studies at the NIH Clinical Center.

Andrew made all of this possible while fighting a brave battle against this disease. Importantly, Andrew was not only a fierce advocate for biomedical research, he was an active participant in clinical trials – a true partner in the research enterprise, giving the world his biggest gift: himself.

The FNIH will remember Andrew as an extraordinary young man who, in his unique, self-effacing and powerfully quiet way, exemplified what one person can achieve with vision, determination, self-sacrifice and great spirit. We thank Andrew for all he did; we will miss him very much. 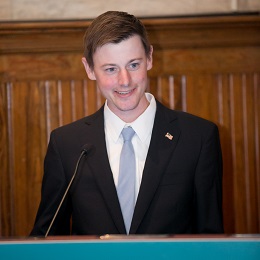 Andrew received the 2018 Charles A. Sanders, M.D., Partnership Award from the FNIH. 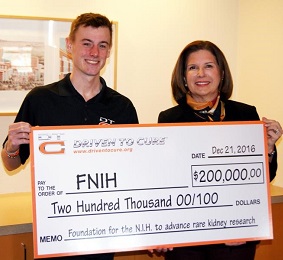 "Driven to Cure is not about me, it's about the road ahead and a lot of people making it possible for those AFTER me to face better odds, perhaps even a cure, through lifesaving biomedical research." - Andrew Lee 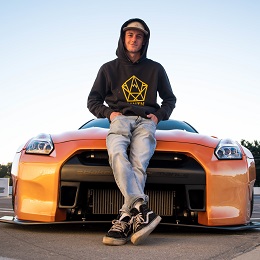 Andrew with his Nissan GTR that he drove across the country for Driven to Cure, Inc. 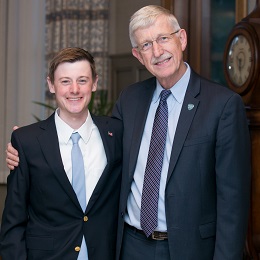 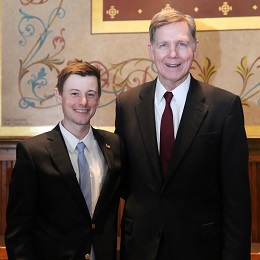