September 21, 2020 — The FNIH Biomarkers Consortium Sarcopenia 2 project, Sarcopenia as a Valid Biomarker for Identifying Individuals at Risk of Disability, recently achieved the key milestone of publishing seven articles in The Journal of the American Geriatrics Society and The Journals of Gerontology.

From the Sarcopenia 2 collaborative project stemmed the Sarcopenia Definitions and Outcomes Consortium (SDOC), which established a set of evidence-based criteria that clinicians can use to identify more accurately—through low grip strength and slow gait speed—those at risk of age-related problems involving poor muscle health.

To mark Healthy Aging Month this September 2020, Sarcopenia 2 principal investigators describe the new definitions and what they mean for clinicians caring for older adults and for researchers developing therapies to address functional limitations incurred through sarcopenia. 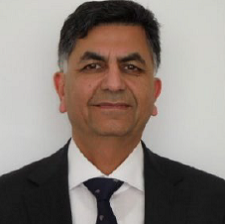 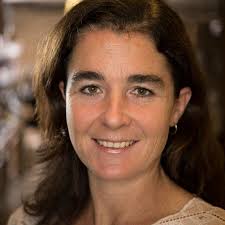 1. What is sarcopenia, and how does it affect the health of older adults?

Sarcopenia is the age-related decline in muscle health. Poor muscle health increases the risk of mobility problems, falls, fractures and death in older adults. The new Sarcopenia Definitions and Outcomes Consortium (SDOC) definition can help doctors and older people identify sarcopenia by the presence of low grip strength (weakness) and slow walking speed (slowness). Identifying poor muscle health is important, because it is a major public health problem and potentially reversible with interventions such as physical exercise and some pharmacologic therapies.

2. An earlier FNIH Biomarkers Consortium project on sarcopenia made the crucial contribution of developing the first evidence-based diagnostic criteria. Why was that contribution so important, and how does this second project build on the first one?

The evidence-based definition of sarcopenia developed by SDOC differs from earlier efforts in important ways. The SDOC definition does not include measures of lean mass derived from dual energy x-ray absorptiometry (DXA). Historically, other definitions of sarcopenia have included measures of lean mass because it is thought to approximate muscle mass. However, SDOC's analyses demonstrated that low grip strength, but not lean mass, is associated with poor health outcomes in older adults. Both low grip strength and low usual gait speed independently predicted falls, self-reported mobility limitation, hip fractures and mortality in community-dwelling older adults.

Based on these analyses and input from other experts, the SDOC scientists concluded that both weaknesses defined by low grip strength and slowness defined by low usual gait speed, but not lean mass, should be included in the definition of sarcopenia.

3. The Sarcopenia 2 project recently published a series of articles in The Journal of the American Geriatrics Society and The Journals of Gerontology. What contributions do these papers make to related research in the field, and what might that mean for clinicians and the older population?

The SDOC project resulted in seven articles published in The Journal of the American Geriatrics Society and The Journals of Gerontology.  Together, these papers represent a major contribution to the field because they offer an evidence-based definition of sarcopenia that can be implemented in clinical settings. The proposed definition will help clinicians identify older adults with poor muscle health who are at increased risk of poor health outcomes such as mobility problems, falls, fractures and death. The new ICD-10-CM (M62. 84) codes now recognize sarcopenia as a condition. The availability of an ICD-10 code for sarcopenia and the SDOC's evidence-based  definition are major advances that will help clinicians and older adults recognize sarcopenia as a condition that can be diagnosed and treated. The SDOC definition should also facilitate the development of pharmacologic agents to treat and prevent sarcopenia.