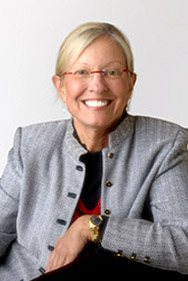 Ms. Lurie administers the Ann and Robert H. Lurie Foundation, a private philanthropic foundation in Chicago. While supporting charitable endeavors, she developed an interest in funding medical treatment, research, education and prevention. In 1995, Ms. Lurie established Lurie Investments, Inc. (now Lurie Holdings) to administer and manage her investment portfolio with a concentration on the convergence of technology and the life sciences. Investments have focused on the miniaturization of technology from micro to MEMS to nanotechnology and applications to health care. She founded and served as president of Africa Infectious Disease Village Clinics, Inc., a public charity focused on providing free quality medical care and public health services to rural communities in southeastern Kenya until its closing in late 2012. In 2013, Ms. Lurie funded the Lurie Prize in Biomedical Sciences, awarded annually by the FNIH to an outstanding young biomedical scientist. She earned a Bachelor of Science degree in Nursing from the University of Florida, and in 2010, was appointed Adjunct Assistant Professor, Preventive Medicine, at Northwestern University Feinberg School of Medicine. She holds the honorary Doctor of Laws degree from University of Michigan, the Doctor of Public Service from University of Florida and the Doctor of Humane Letters from Erikson Institute.