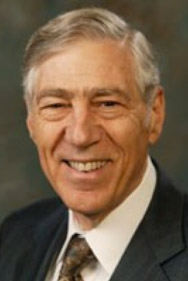 For more than three decades, Mr. Montrone has directed the development of a number of businesses. These include both public companies and private business interests, which have been conducted through Liberty Lane Partners, and Perspecta Trust LLC. He is presently Chairman of these entities. Mr. Montrone was the Chief Executive Officer of Fisher Scientific International Inc., from 1991 until 2006. Previously, he was the Chairman and CEO of Wheelabrator Technologies Inc., a leading environmental services company.  Mr. Montrone began his career at the Pentagon, serving in the Systems Analysis Group in the Office of Secretary of Defense Robert McNamara while a Captain in the U.S. Army.  Mr. Montrone was a member of President Clinton’s Advisory Commission on Consumer Protection and Quality in Health Care, as well as a founder of the National Forum for Health Care Quality Measurement and Reporting. He has served on a number of corporate boards, civic committees and commissions, and not-for-profit institutions, especially The Metropolitan Opera, where he held various offices over three decades including President and CEO. He is presently on Boards of the Columbia University Graduate School of Business, the New England Conservatory and the Boston Symphony Orchestra. Mr. Montrone graduated magna cum laude from the University of Scranton in 1962 and holds a Ph.D. from Columbia University. A helicopter pilot, he is now Board Chairman of the New England Helicopter Council.