Noted donors established these prizes to enrich both the important contributions to the scientific community and the mission of the FNIH. Below are just a few examples of these important initiatives.

View Our Awards, Prizes, and Events 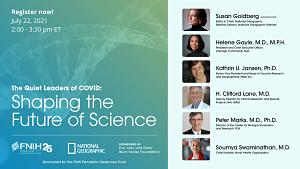 Our flagship thought leadership forum co-hosted with National Geographic—The Quiet Leaders of COVID: Shaping the Future of Science was held on July 22nd.

The Lurie Prize in Biomedical Sciences recognizes outstanding achievements by a promising early-career scientist. Funded by philanthropist Ann Lurie, the prize has recognized scientific excellence in biomedical research since 2013, and many recipients have gone on to win other major international prizes. For example, the 2014 Lurie Prize recipient, Dr. Jennifer Doudna, was awarded the 2020 Nobel Prize for her work developing CRISPR genome editing technology. This year marks the Lurie Prize’s tenth anniversary. 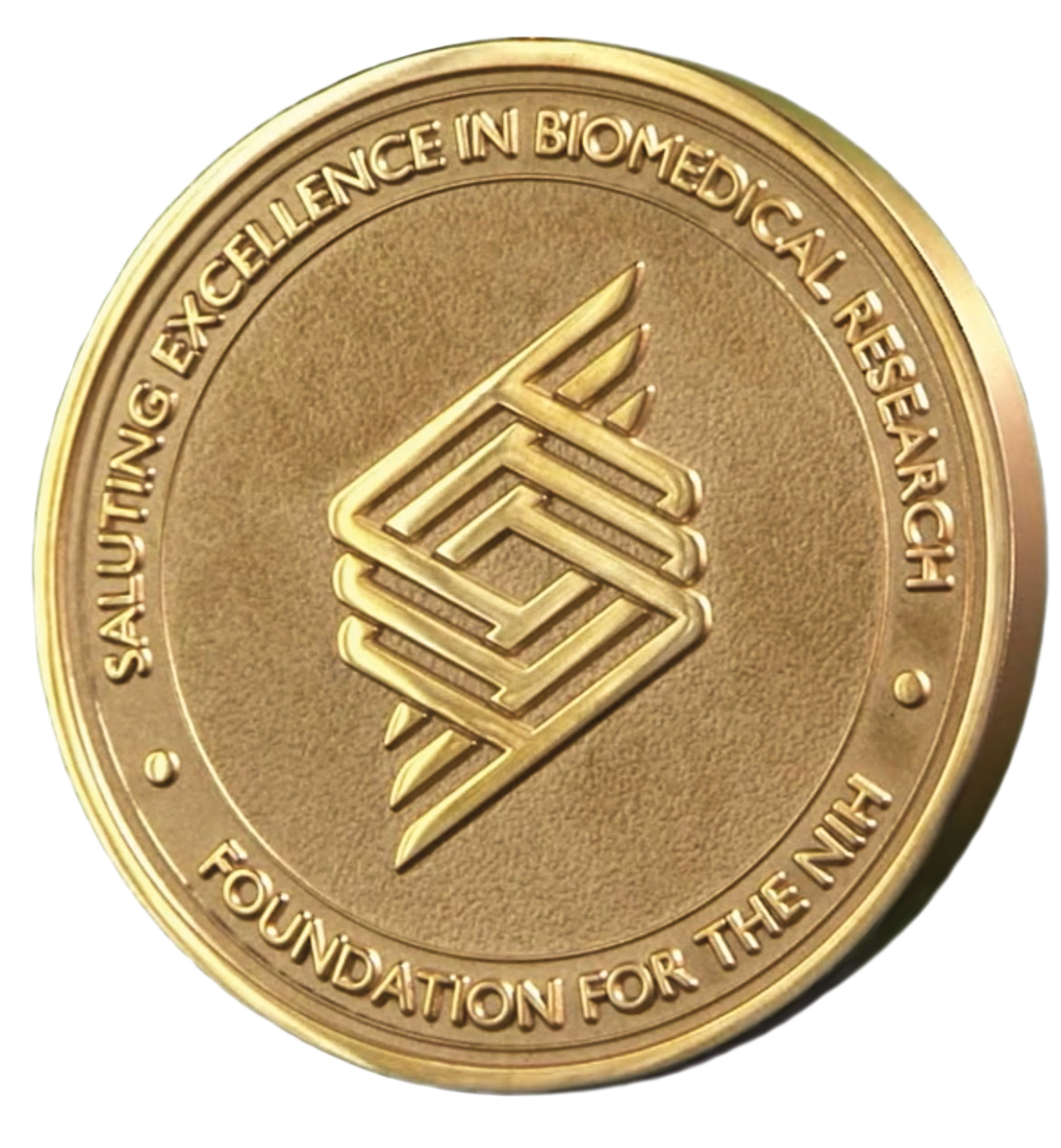 "This prize was created to highlight outstanding achievements and ingenuity by a promising early-career scientist in biomedical research, and this year’s winner is no exception. She’s something special – her work will push humanity forward and create unparalleled medical solutions for decades to come.”
Ann Lurie, Philanthropist, speaking about the 2020 Lurie Prize Winner Dr. Aviv Regev.

Established in 2018, the FNIH’s Trailblazer Prize for Clinician-Scientists recognizes outstanding contributions of early career clinician-scientists whose work has the potential to lead to, or has led to innovations in patient care. The 2021 recipient, Dr. Piro Lito of the Memorial Sloan Kettering Cancer Center, catalyzed breakthroughs in the understanding of oncoprotein signaling and the development of novel therapeutic approaches for cancers driven by the mutant KRAS protein. 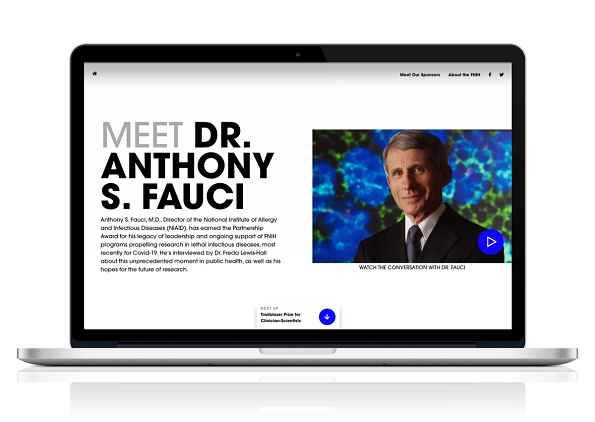 The Charles A. Sanders, M.D., Partnership Award recognizes persons or organizations that have made significant contributions to the FNIH’s work to build, implement and nurture private-public partnerships in support of the mission of the NIH. The 2021 Partnership Award was presented to Janssen Research & Development, LLC, and to the eight Working Group Co-Chairs of the Accelerating COVID-19 Therapeutic Interventions and Vaccines (ACTIV) Initiative.

The Deeda Blair Research Initiative for Disorders of the Brain awards fellowships to top mental health researchers and clinicians with the goal of serving as a catalyst for bold medical research and scientific breakthroughs to advance the diagnosis and treatment of mental illness. In 2020, the Research Initiative’s incipient awards went to early-career mental health researcher’s, Dr. Christopher Barley of the University of California San Francisco, Dr. Sarah Fineberg of Yale University, and Dr. David Ross of the National Neuroscience Curriculum Initiative at Yale University.

While cutting-edge neuroscience research has the potential to transform the field of psychiatry, we are currently held back by the failure to translate these findings into our educational settings and into everyday clinical practice. Funding to the National Neuroscience Curriculum Initiative from the Deeda Blair Research Initiative for Disorders of the Brain – along with matching gifts from the Society of Biological Psychiatry and the American College of Neuropsychopharmacology – will create a new framework for addressing this critical need. This award will have a transformative impact, allowing us to expand on our previous work and pursue a broader mission: to bring neuroscience literacy to all mental health providers and, in turn, to improve our dialogue with patients, families, and the public."
--Dr. David Ross, National Neuroscience Curriculum Initiative, Yale University School of Medicine, 2020 Deeda Blair Research Initiative Award recipient

To learn about other awards or ways to recognize outstanding scientific achievement, please contact advancement@fnih.org.