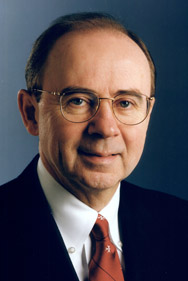 Patrick C. Walsh, M.D. has been the Professor and Director of The James Buchanan Brady Urological Institute since 1974. He is best known for his pioneering work in the development of "the anatomic approach to radical prostatectomy", which involves nerve-sparing techniques that have reduced the probability of impotence and incontinence.   He has also made major contributions to the basic understanding of benign and malignant neoplasms of the prostate.   Along with co-workers, he was the first to describe the 5 alpha-reductase enzyme deficiency, to develop an experimental technique for the induction of benign prostatic hyperplasia, to demonstrate the influence of reversible androgen deprivation on BPH, and to characterize hereditary prostatic cancer.

He is on the editorial board of the New England Journal of Medicine, is the editor-in-chief of Campbell's Textbook of Urology, published by W.B. Saunders, and is a member of the Institute of Medicine of the National Academy of Sciences.   In 1996, Dr. Walsh received the Charles F. Kettering Medal from the General Motors Cancer Research Foundation for "the most outstanding recent contributions to the diagnosis and treatment of cancer."   Together with Janet F. Worthington, he authored the best-selling books for lay people The Prostate: A Guide for Men and the Women Who Love Them, which is published by Johns Hopkins University Press (1995) and Warner Books (1997) and more recently, Dr. Patrick Walsh's Guide to Surviving Prostate Cancer, Warner Books (2001).