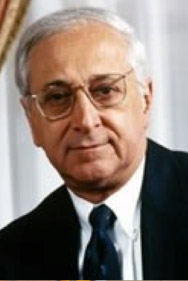 Dr. Thier is Professor of Medicine and Health Care Policy, Emeritus. He was with the Harvard Medical School from 1994 to 2007. Dr. Thier was President and Chief Executive Officer of Partners HealthCare System, Inc., from 1996 to 2002. Previously, he served as President of the Massachusetts General Hospital, having served the previous three years as Brandeis University’s sixth president. Prior to that, he served six years as president of the Institute of Medicine of the National Academy of Sciences.  Dr. Their also served 11 years as Chairman of the Department of Internal Medicine at Yale University School of Medicine, where he was Sterling Professor. He holds 16 honorary degrees and is the recipient of the UC Medal of the University of California, San Francisco.  He has served as President of the American Federation of Clinical Research and Chairman of the American Board of Internal Medicine, and is a Master of the American College of Physicians, a Fellow of the American Academy of Arts and Sciences, and a member of the American Philosophical Society. Dr. Thier is a member of the Board of Overseers of Cornell University Weill Medical College and the Board of Overseers of Brandeis University Heller School for Social Policy and Management. He attended Cornell University and received his M.D. from the State University of New York at Syracuse.