In honor of its former Chairman of the Board, the FNIH celebrates its partners through the Charles A. Sanders, M.D., Partnership Award. In keeping with Dr. Sanders’ vision, the award recognizes persons and/or organizations that have made significant contributions to the FNIH’s work to build, implement and nurture private-public partnerships in support of the mission of the NIH.

The Partnership Award recipients are selected by a committee comprised of the following FNIH Board members:

Please contact the Advancement Office for more information at advancement@fnih.org or 301-402-4976.

The FNIH presented the 2020 Partnership Award to Dr. Anthony S. Fauci, Director of the National Institute of Allergy and Infectious Diseases. 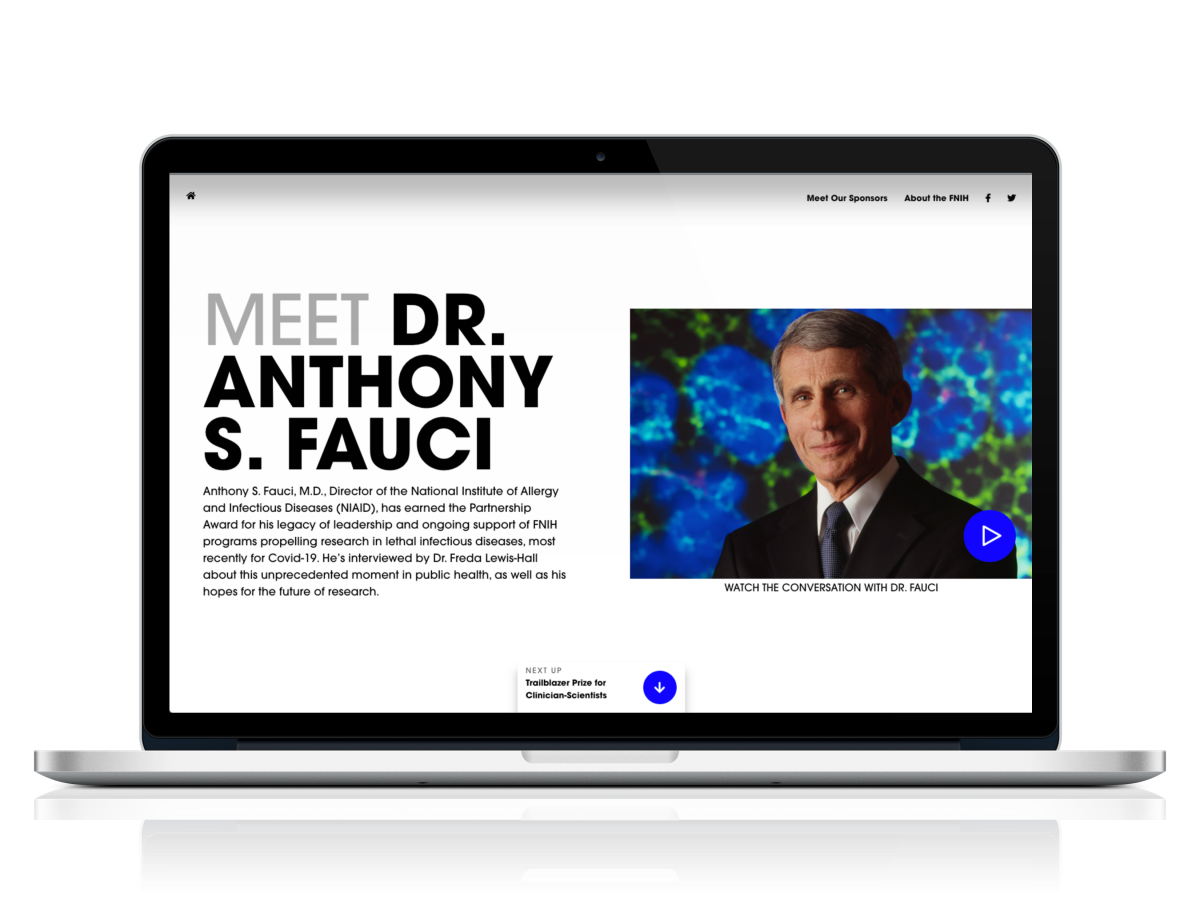 Dr. Fauci was honored for his legacy of leadership and ongoing support of FNIH programs propelling research in lethal infectious diseases, most recently for Covid-19.

In lieu of an in-person event to celebrate this achievement, the prize was presented via the online celebration of the 2020 FNIH awards.

The FNIH presented The Doris Duke Charitable Foundation (DDCF) and Jane Sayer, Ph.D., as the recipients of the 2019 Charles A. Sanders, M.D., Partnership Award. 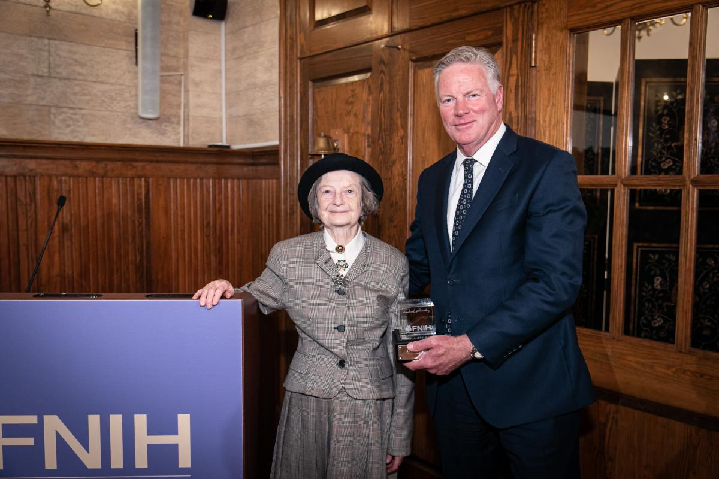 They were recognized for their longstanding support in advancing transformative NIH training and awards programs that empower future and current researchers, in addition to helping further the mission of the Foundation.

The FNIH recognized Andrew Lee, President & CEO of Driven to Cure, Inc. as the recipient of the third Charles A. Sanders, M.D., Partnership Award. 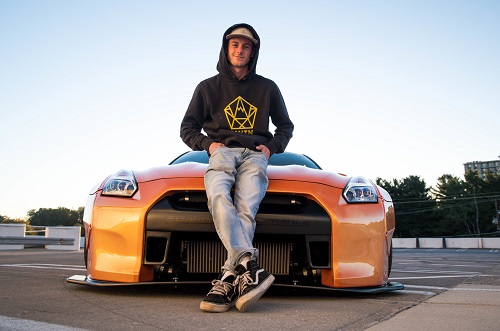 Through his unwavering commitment to advancing biomedical research on rare kidney cancers, in just over two years, Andrew has developed a powerful grassroots movement that has increased visibility about rare kidney cancers and raised funds for the FNIH to further cutting-edge research conducted by the National Cancer Institute (NCI) at the NIH Clinical Center.

On October 18, 2017, the FNIH presented the 2nd Charles A. Sanders, M.D., Partnership Award to Richard J. Hodes, M.D., Director of the National Institute on Aging and Eli Lilly and Company (Lilly). Through their longstanding work with the FNIH over more than a decade, Dr. Hodes and Lilly have advanced trailblazing biomedical research in critical disease areas, including age-related disorders such as Alzheimer’s disease, and helped structure innovative public-private partnerships. 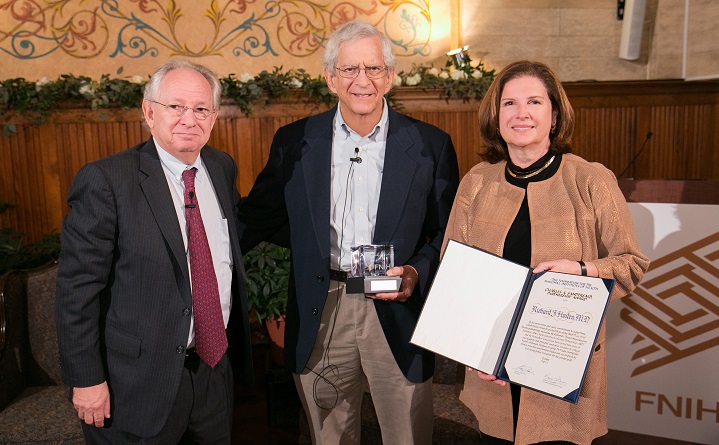 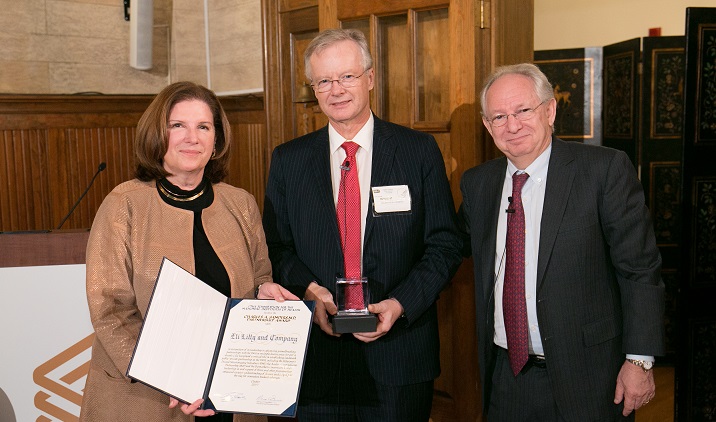 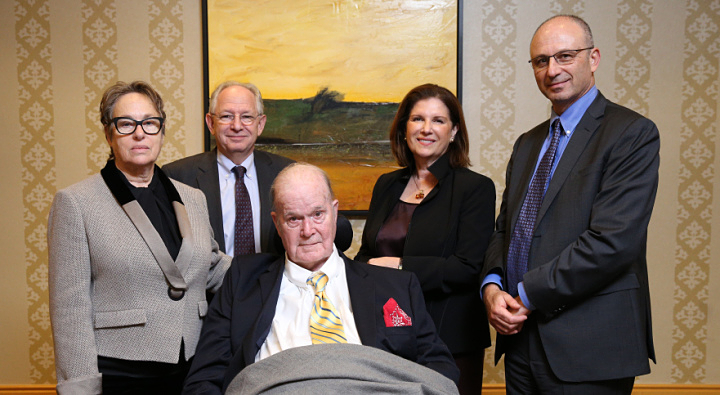