Skip This Section
The Problem
With a rapidly growing aged population, maintaining cognitive function is critical for the health and well-being of U.S. citizens. Roughly 87% of people age 65 and older may experience cognitive changes due to the normal aging process.
The Solution
Improving our understanding of age-related cognitive decline can lead to interventions and treatments that may delay or prevent brain aging, contributing to better quality of life for older adults. 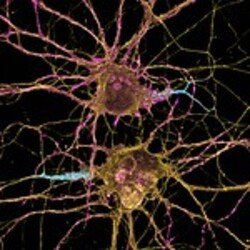 In 2021, NIA awarded two major research grants, funded jointly by NIA and the MBRF, to establish a network to identify, evaluate, track and conduct research across multiple sites on older adults with superior cognitive performance for their age. Although these “cognitive super agers” are believed to constitute a very small minority of older individuals, they represent an unparalleled resource in which to study the behavioral, environmental, health, neural and genetic profiles that lead to sustained cognitive and brain function in advanced age. Conducted over a five-year period, this research is expected to reveal important information about the factors that are critical for maintenance of cognitive function, as well as the factors that do not figure prominently.

Other initiatives made possible by the Research Partnership in Cognitive Aging include:

Cognitive Aging
This partnership helps accelerate discovery of the causes and risk factors associated with disease and disability among older adults, and opens new paths for discoveries and improved brain health for our aging population.